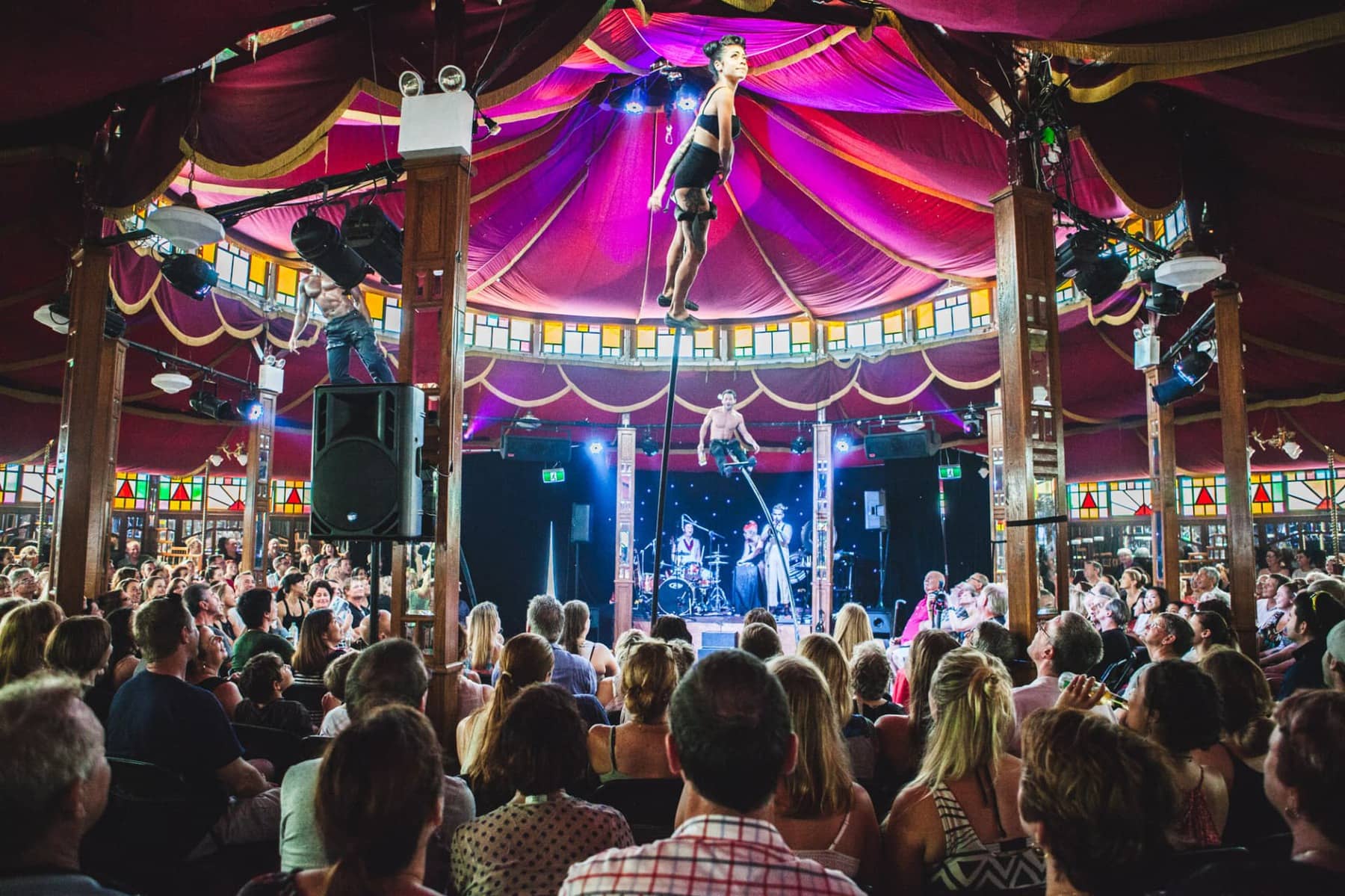 More than ever Port Douglas Carnivale 2017 is shaping up to be an amazing and eclectic festival full of quirky but tantalising surprises.

While Port Douglas Carnivale is officially held over a jam-packed weekend from May-26-28, there’s also some fabulous pre-Carnivale entertainment kicking off from Thursday May 18.

There’s a bunch of really cool events for lovers of music, food, cabaret, comedy and those who like their theatre on a moving steam train.

We strongly recommend you visit the Port Douglas Carnivale website for the full schedule of events and if you haven’t done already, find a show or three that float your boat and get yourself to Port Douglas for a few days.

These are world-class shows held in the heart of the tropics. It’s going to be kickarse.

Here’s a few of the shows and activities that I’m most looking forward to.

steam train with a few horses thrown in for good measure seems like a good idea.

But with the quality of local cast and creatives involved in Audrey Cuttlebuttle’s Great Bally Hooley Escape and the concept so crazily brilliant, this is going to be a show like nothing you’ve ever seen before.

Guests board the Bally Hooley steam train from the Reef Marina to St Crispin’s station and return all whilst action will take place on the stations and on the path beside the moving steam train.

As the audience moves along they will be entertained with live action, situational comedy and information of the areas and businesses they pass, highlighting some of the Far North’s colourful characters and the beautiful fauna/flora. 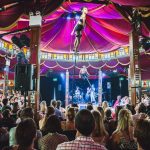 Anyone who has experienced the Wonderland Spiegeltent in Melbourne will appreciate how fantastic it is to see a world-class performance inside the decadent traditional Belgian dance hall decked out with stained glass windows and mirrors.

To see it set up in the tropics for a show of the calibre of La Soiree is an experience.

The award-winning international spectacular has wowed the crowds from New York to Paris, London, Buenos Aires, Hong Kong to Montreal with its cocktail of cabaret, new burlesque, circus sideshow and contemporary variety.

Prepare to be amazed, amused, aroused, shocked, stirred and shaken but get your tickets early to ensure your seat because this show promises to be something else and will sell out most nights. 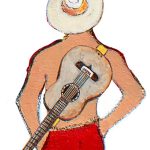 Songwriters was a launching pad for the careers of The Voice finalist Danny Ross and blues/folk/indie sensation Leanne Tennant.

After a few years hiatus, Songwriters returns to the Port Douglas Carnivale calendar with creator and local music legend Drew Weyand again at the helm.

Entrants will not only get to perform in front of crowds full of original music lovers, they will also get to work with internationally loved singer-songwriter Ben Lee. 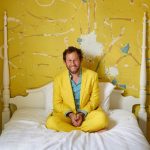 Lee joins the Port Douglas Carnivale line-up this year as the headline act for Estrella Port on a Fork – Food, Music & Wine which is being held in the magnificent Rex Smeal Park overlooking the Coral Sea and the Daintree Rainforest and features a delectable menu of good food, music and dodgy dance moves. 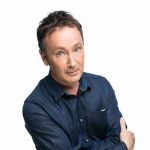 I’m a sucker for a good comedy show and this guy looks like a pretty funny bastard.

Buddha is a very funny man, particularly so if he’s wearing his tight spray-on designer jeans from the latest inner-city hipster den, and it will be great to see him sharing the stage with such a big show just a stone’s throw from where he used to bust some balls on the footy field. 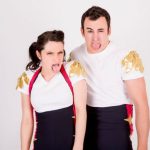 We’ve got a four-year-old and a seven-year-old so any show called Children are Stinky are on to a good thing in our house.

The fact this show rocked the Edinburgh Fringe Festival with high calibre circus and genuine belly laughs is thankfully a bonus for us parents who may struggle through another Wiggles gig. 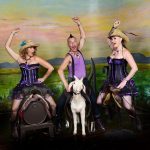 Carnivale 2017 culminates with a huge party in the park featuring great food, music and atmosphere.

For the kids there will be a bunch of free activities including circus workshops, art activities and pirate adventures.

For the rest of us, there’s delicious cultural cuisine and non-stop live music headlined by The Hillbilly Goats.

If you’ve never seen or heard The Hillbilly Goats, check them out on YouTube because they’re something else and are bound to get your toes tapping.

They started their mountain music journey in the Julatten hills behind Port Douglas and are now one of Australia’s most popular and certainly unique festival acts.

“There aren't many places where staging a theatre show on a moving steam train with a few horses thrown in for good measure seems like a good idea.”