North Queensland much bigger than cyclones 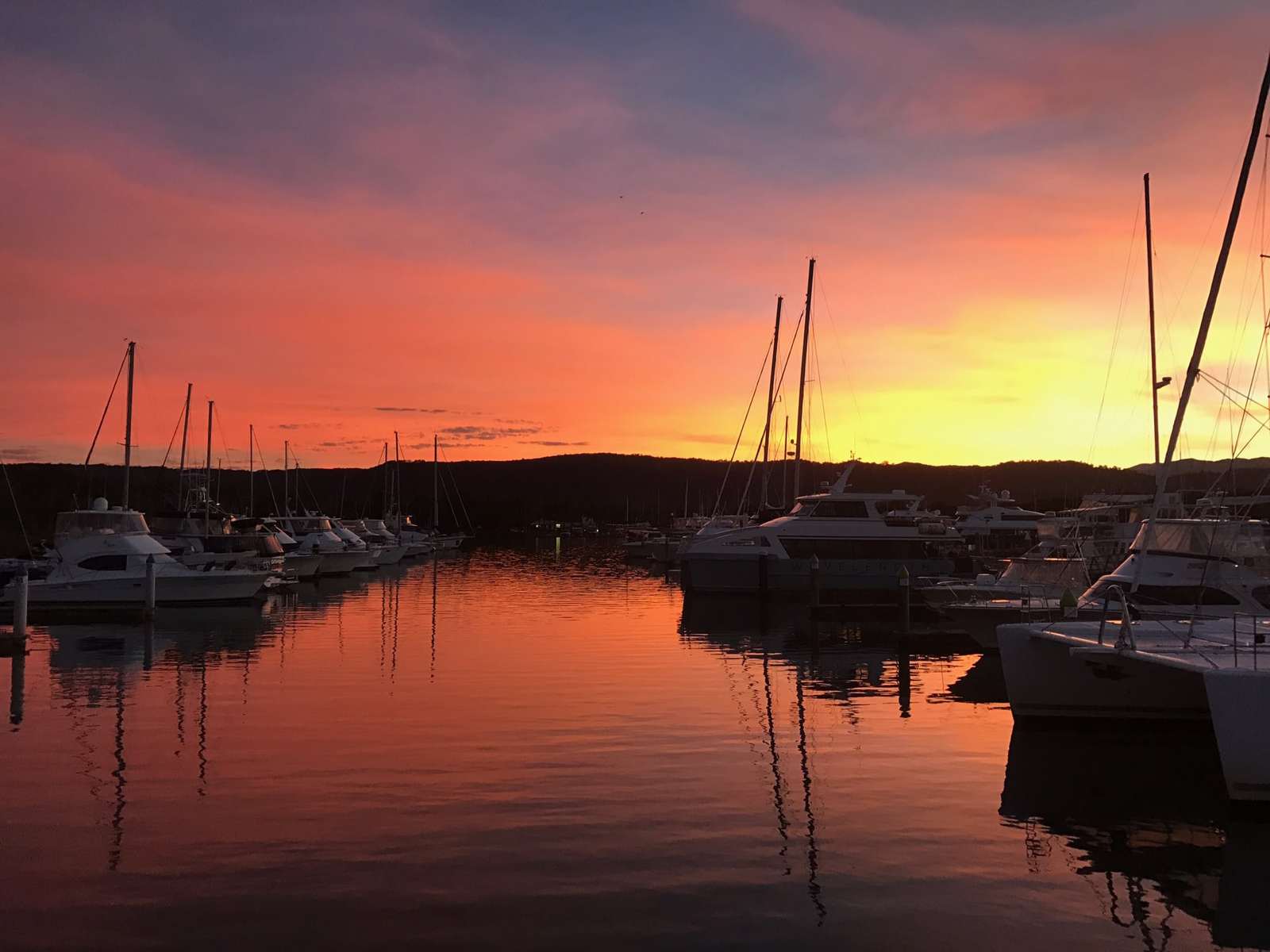 As the Whitsundays and surrounding areas were gearing up for Severe Tropical Cyclone Debbie earlier this week, the Port Douglas weather turned on pristine crystal clear skies and magical sunsets. 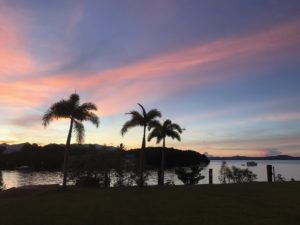 While our southern neighbours were preparing themselves to be battered by damaging winds reaching up to 270km/h and torrential rain from Tropical Cyclone Debbie on Monday night, Bec and I had the pleasure of enjoying a very rare few hours together without our little people.

Soaking up the breathtaking views of the Coral Sea and Daintree Rainforest aboard a Sailaway Sunset Cruise was pretty hard to take.

With just a gentle breeze to push us along and a cool champers in our hand, it was very easy to forget the hustle and bustle of our busy lives.

Cruising along we indulged in some friendly chit-chat with a lovely couple from the UK celebrating 50 years of marriage that most people who live here can relate to.

Our new sailing companions were amazed they were able to appreciate such a magical experience with an extremely destructive cyclone brewing “down the road”.

We reminded them that while Cyclone Debbie was about to hit North Queensland, the Queensland coastline is bloody big and we were actually about as far away from the cyclone as they would be from each other if they stood at each end of the UK.

With the Whitsundays more than seven hours drive away from Port Douglas, and the nature of cyclones sucking in all of the terrible weather into one seething angry mass of fury, it’s no wonder we are experiencing some of the most spectacular Port Douglas weather you could hope for in the usually wet and volatile March.

Not only that, but as most North Queenslanders know, coastal locations even a few hours drive north of the cyclone epicentre generally experience mild conditions while the communities in the path and south of a cyclone cop a pummelling from the terrifying winds and torrential rain.

But it’s not just loved up retirees from the UK who are generally surprised by this.

I can’t tell you how many phone calls, emails and texts I’ve received in the last couple of days from family and friends in southern states checking to see how we are surviving the cyclone.

Our loved ones obviously know where we live, they usually know the cyclone isn’t directly impacting us but still they find it hard to make the differentiation from one place to the next.

This is completely understandable when they don’t live in a cyclone-prone area and there will certainly be times again in the future when we are confronted with the horrible threat the people who faced the fury of Cyclone Debbie in recent days have endured.

But in the meantime, don’t worry about us too much mum, as you can see we’re getting by just fine and the Port Douglas weather is giving us the five-star treatment.

Editor’s note: I’m sure it’s just a coincidence Cyclone Debbie was named after my mother-in-law. Love your work Debbie (my fab mother-in-law, not the cyclone you’re a real bitch).